What’s in a Word? How to Plant Seeds – Not Weeds 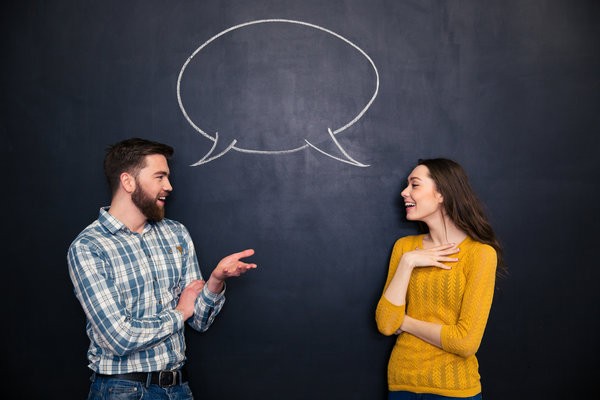 In business we like things to be forecast – facts and figures, spreadsheets, bottom line and top growth. And as humans we get great pleasure from knowing the simple thing, like where we sit, the hours we work, what the office etiquette is around the coffee machine, and how well we are performing.

Still, unpredictable things happen in the world of work. Benchmarks move and expectations change. It can be a sign of healthy growth, or that we’re capable of more. Either way, it must be spoken about – and well.

When things change, especially unpredictably, communicating well is not just best practice, it’s the growth stimulant that will keep your garden green. If you’re keen to keep your healthy workplace eco-system flourishing, your employees engaged and your people passionate, choose your words well.

As leaders, despite our best efforts, we don’t always get the balance right. One day we’re awesome. The next we fumble something, our reputation suffers and our brand takes a hit.

Here are two occasions in which a misplaced word or a communication blind spot can plant weeds instead of seeds:

Recently a major Australian retailer made a very public announcement that they were in the midst of a billion-dollar corporate restructure. Every media outlet published a headline and details about ‘tough decisions’ being imminent.

So many words, so much newspaper print. Most ordinary Australians went on with their lives – all except the corporate staff of the retailer. “The first we knew of the re-structure was through the headlines,” one senior manager relayed to me. “That fuelled office banter and speculation. Everyone was talking about it, everyone except management. It was the worst time, disastrous for all of us working in the team.”

What created a disconnect for this gentleman was the world knowing first, whereas his team, the people at the coal face, were left with speculation, unpredictability and uncertainty.

Keeping staff engaged and helping them understand new directions encourages new growth. Saying too much, and not to them, is dangerous if you want to keep your people passionate.

Or as John Wayne once said, “Talk low, talk slow, and don’t say too much.” It’s not the winning maxim of a headlining CEO, but it’s pretty snappy.

Recently, I met with an Account Director from one of the largest and most respected professional service networks in the world. The company has supported her career from graduation, providing her with international roles and flexibility when children took her out of the office. She has many reasons to love her employer and it’s evident that her employer appreciates her loyalty and dedication.

However, she came to me feeling a little baffled. “I think I have just been blindsided,” she said. For months she had been squeezing what was really a full-time job into her agreed-upon three days. Naturally this took its toll on her usual cheeriness, and her astute senior manager picked up on this. He agreed that her workload was beyond three days and suggested that she should be paid for four instead, to compensate the growing demands of her role. Brilliant, she thought, reading this as a straight pay-rise for the same commitment.

A week or two later, HR met with her to confirm the new terms – three days in the office and one day working at home with the children. It wasn’t what she understood had been communicated to her. Nor was it what she wanted.

Meaning and clarity can get lost in translation, especially when there are different departments and individuals involved. Fail to spell out the details clearly and you can end up with a compost of uncertainty, confusion and mistakes. One party assumes the other knows what they mean. The other draws the wrong conclusions.

Napoleon Hill put it succinctly, as one might expect. “Think twice before you speak, because your words and influence will plant the seed of either success or failure in the mind of another.” Besides being an impresario and author of the world’s first personal success books Hill was an advisor to two American Presidents, Woodrow Wilson and Franklin D Roosevelt. His book ‘Think and Grow Rich’ has sold 20 million copies worldwide.

Good communication is like photosynthesis. Get the words down pat and the conditions right, and we all keep reaching for the light together!

How Safe Is Your Decision Making?
So Here It Is, Merry Christmas, Everybody’s Having...

Rachel McPherson
Inspire by Example! And Keep Your Team Tight in Tough Times

Jennifer Gutwenger
How Effective Are Your Management Skills? - 4 Ways to Lift Your Game