Wake Up to the Facts About Sleep. They’re Alarming! 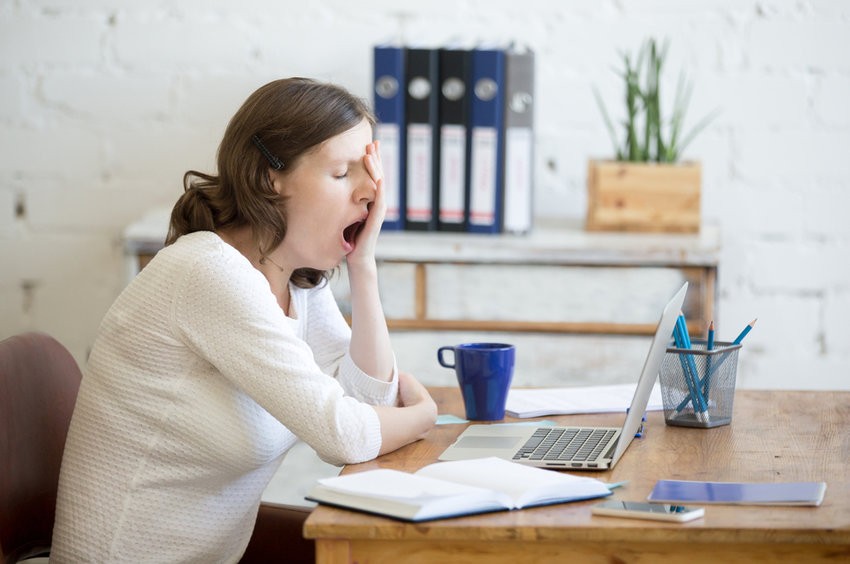 Alarmingly but perhaps not surprisingly, a Sleep Health Survey of Australians has found that 33 to 45 per cent of adults sleep either poorly or not long enough on most nights. This leaves them feeling fatigued, irritable and generally unwell.

It’s a subject given scant regard by many of us, but ignore it at your peril. As a factor affecting our health, lack of sleep is a major contender. Dr David Hillman, Director of the Sleep Health Foundation says, ‘Just like obesity, smoking, drinking too much and not exercising enough, sleep problems cause real harm in our community.’

Not to mention in the workplace.

The findings in this survey, recently published in the International Sleep Journal, showed that inadequate sleep can reduce natural immune function. It can also increase the risk of infections and other serious illnesses. Links were made to hypertension and heart disease, as well as compromised cognitive function and mental well-being - including disturbances in mood, thinking, concentration, memory, learning, vigilance and reaction times.

Fully awake and paying attention now? We certainly are!

SLEEPING ON THE JOB

A weighty 17% of people in the survey reported missing at least one day of work in the previous four weeks because they were too sleepy or had a sleep problem. This was especially common in younger adults, with 27% of 18-24 year olds and 30% of 24-35 year olds reporting days off from sleepiness.

Arriving late for work and making job specific mistakes caused from sleepiness or sleep problems was also common. A significant 14% of men and 21% of women reported being late because they were too sleepy when they woke up. A further 21% of men and 13% of women had fallen asleep at work in the previous month, which was a common finding up to the age of 55 years. It seems many of us really are sleeping on the job. 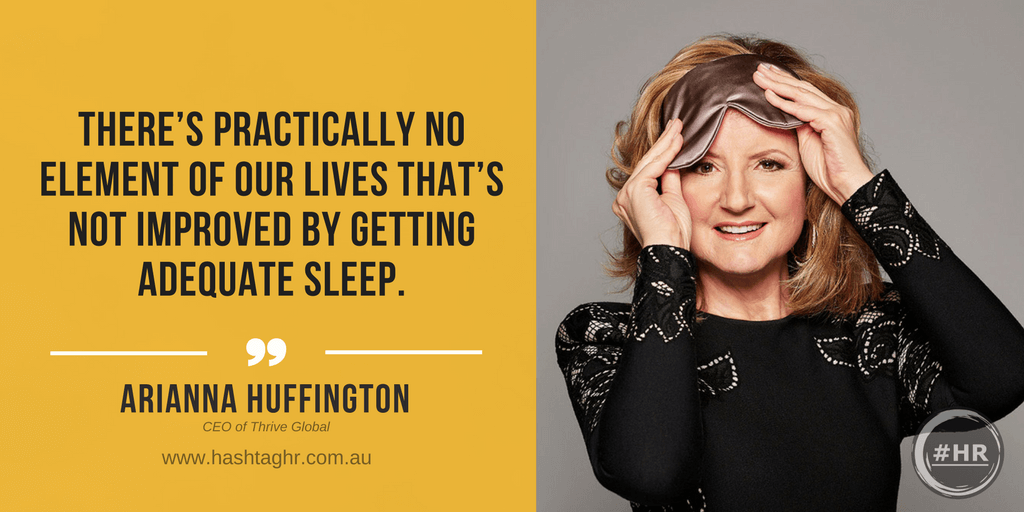 YOU CAN SLEEP YOUR WAY TO THE TOP – LITERALLY!

It is possible to sleep your way to the top – by sleeping when and where you’re supposed to. So says Arianna Huffington, founder of The Huffington Post, CEO of Thrive Global and author of 15 books. Before writing ‘The Sleep Revolution’, she learnt the importance of sleep the hard way – by fainting from exhaustion. She hit her desk on the way down, breaking her cheekbone, and had to have five stitches in her right eye. ‘And I began the journey of rediscovering the value of sleep,’ she says.

Huffington’s fall and her subsequent findings, became the precursor to a crusade on educating others on the importance of sleep. ‘The irony is that a lot of people forego sleep in the name of productivity, but in fact our productivity is reduced substantially when we’re sleep deprived,’ she points out.

Her findings and the message in her books are completely aligned with those of the Australian Sleep Health Survey. And when it comes to workplace productivity their messages are pretty simple. Loss of sleep not only impairs moods and affects diet, but it also hinders productivity, creativity, and decision-making. If you work in an industry such as medicine or transport, sleep deprivation could mean life or death. For most others, it certainly means sub-standard performance.

Poor performance does little for your bottom-line - and so does the 24/7 working day that those of us running our own businesses often adopt by default.

The clincher is that exhaustion levels are not necessarily brought on by workload and stress, but simply a prolonged lack of sleep. And doing something about it is a game changer!

What we do and how well we do it when we are awake is dependent on how much sleep we get – it’s that simple. So it seems the key to achieving, and reaching our full potential, is sleeping! Pushing up zeds. Getting shut-eye.

So getting to bed on time and nurturing your recharge time could help you avoid being one of the statistics in the report. You may well find that you’ll will work smarter, be healthier and possibly happier too! Nothing to lost and everything to gain – starting with a great night’s sleep!

Own It, Love It! How to Manage Your Personal Brand
Sexual Harassment - There’s No Place for It