No More Smoke and Mirrors! Let Your Employees Be Themselves 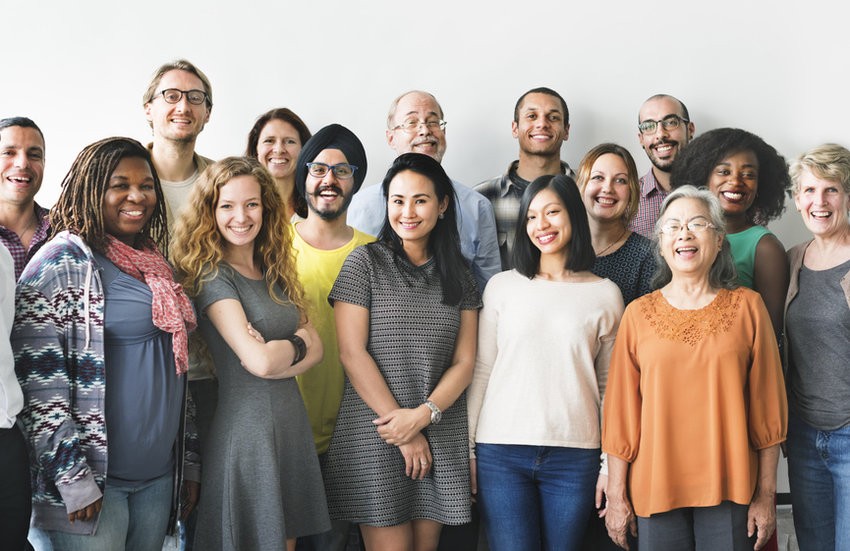 President Franklin D Roosevelt took great care to ensure that he was always seated at the Cabinet table before his Ministers entered the room for a meeting. Whilst everyone knew that he was in a wheelchair, he still went to some lengths to keep his disability from being at the forefront of people’s minds and their impressions of him.

Sociologist Erving Goffman described this as ‘covering’. He coined this term in 1963, to describe the measures we take to conceal certain features about ourselves, those unique identifiers we’d prefer people not to focus on. We often do this socially, he noted, but more often in the workplace.

In his book, Stigma: Notes on the Management of Spoiled Identity, Goffman wrote ‘It is a fact that persons who are ready to admit possession of a stigma - in many cases because it is known about or immediately apparent - may nonetheless make a great effort to keep the stigma from looming large.’

It’s an interesting insight into the world of workplace behaviours. Why do we feel the need to create a smokescreen around a certain aspect of our identity? Why do we strive to keep it out of the spotlight?

And how, when some work colleagues may still take such measures, can we claim to have truly progressive and inclusive workplaces where people can be themselves, wholly and authentically? From a policy perspective, it’s an interesting question.

IT’S OK TO BE DIFFERENT, AS LONG AS YOU ACT THE SAME

Finding it hard to believe that anyone in a modern workplace has to conceal a part of themselves for the sake of fitting in? Here are some examples.

All entirely plausible, right? So how do we make our workforces richer and more accepting places where we each feel we can answer our needs, stand out and be proud, rather than being seen to run with the herd?

We’ve all got it in us to strike out and make a difference, but in case you’re having difficulty getting off the blocks, here are three starter ideas.

Hard-wiring diversity and inclusion into our strategic planning is a big and brave step. Such a change has to start at the uppermost level before it can be collectively embraced. So lead by example. Taking time out to watch your kid’s athletics carnival? Be brazen about it! Put the school scarf on as you leave the office and phone the results through from the track.

You’ll make up for lost ground with higher productivity through the rest of the day. Have the same expectation of your team. Work with them on doing the right thing, and a bucketful of renewed commitment to the cause will eventuate. If it doesn’t, keep communicating and make adjustments.

Authenticity isn’t just a buzz word, it’s a state of mind. Brene Brown, author and speaker, defines it as ‘a collection of choices we have to make every day. It’s about the choice to show up and be real.’

To create a diverse workforce and accept co-workers for who they are requires authenticity. Those around you know when you’re being genuine, and when you’re not. So dig deep, and keep it real.

‘Covering’ for an aspect of ourselves takes energy that could be invested much more productively. When you change the rules and allow your employees to bring their whole self to work, big benefits follow - both for the individual and the company. That’s a great reason to foster an environment where your employees can be themselves. 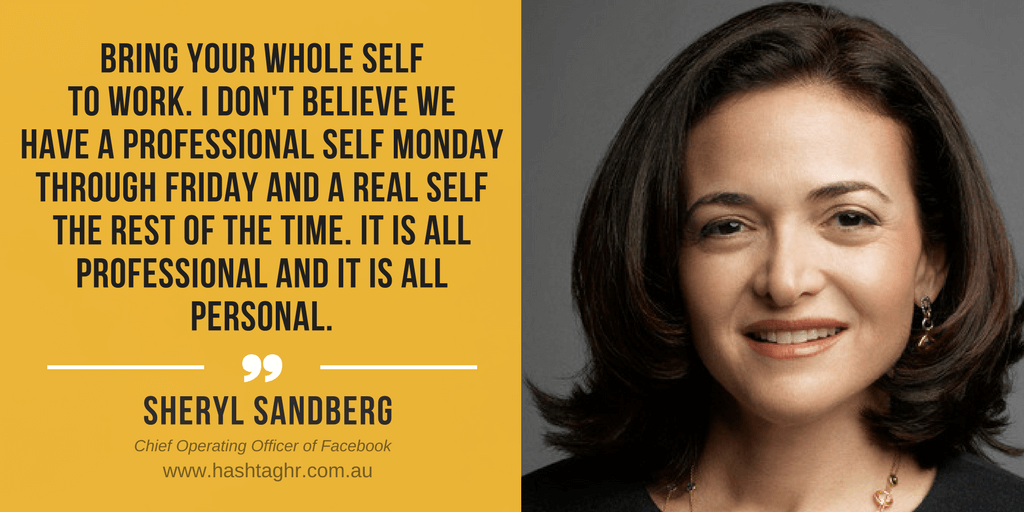 Body Art at Work - Drawing a Fine Line
Work It, Work It - and Breathe!