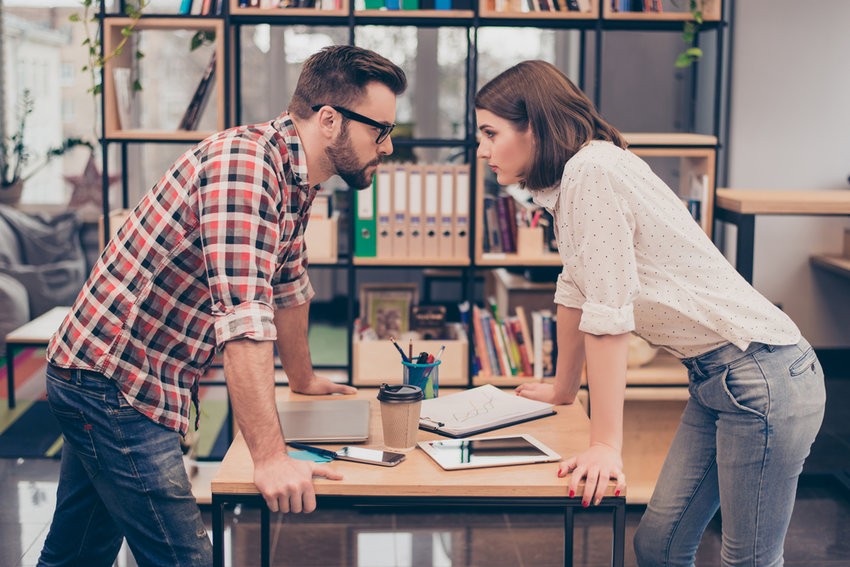 In Part 1 of Emma’s story, a chat on the bus revealed that talented, high achieving Emma was feeling directionless and unappreciated in her role. After Emma confided that she was unsure her manager had any faith in her, looking around for another role elsewhere started to seem like the best option. Missed Part 1? Catch up.

So here I am on the way to a barbecue on the weekend, and I’m thinking about how incredibly useful I am. With only a couple of phone calls, I’ve connected my clever friend Emma to an awesome job opportunity at my company, and she already has an interview lined up! I truly am a legend. She’s such a superhero, my company will be lucky to have her!

Buoyed up by my legend status, I start a chirpy conversation with a guy near the beer fridge. What is it with guys and beer fridges?

“So how’s your week been?” I like to keep openers simple, but I can tell he’s impressed by my bold ice-breaking move.

“Up and down,” he offers. A little non-committal, but I’m not easily discouraged.

“How so?” I ask. And then it all comes out. Just a little prompting was all it took. His name is Ash, he tells me, and he’s stressed.

“Work’s a rollercoaster ride right now,” he confides. “Everything’s changing. We’re working on a whole new product to meet our competition. I’ve got a great team, but it seems like some of them don’t have their eye on the ball. Our normal business is pumping right now and I can’t do everything myself. I need a team that I can rely on to get this new stuff off the ground. So, I’m having a few sleepless nights.”

“So you’re managing a team?” I say astutely. “It can be hard to get good people.”

“Well that’s just it, I do have good people, but it feels like they’re distracted or something.” He seems puzzled. “There’s this one woman, I was so excited when she joined the team – she’s really creative, fantastic communicator. People really respect her and she gets stuff done. But I’ve got her working on this new product and it’s going nowhere. I’m not sure what’s going on.”

That’s funny, I think. Emma was working on a new project wasn’t she?

“I had a friend who was in just that position,” I chip in. “She was saying just last week, she’s working on something new and it feels like she’s going nowhere with it. She’s a really high performer too.”

Ash looks mildly interested at the parallels, so I keep going.

“Thing is, in her case I really think it was her manager dropping the ball. She wants to do great things, but he’s just not there for her, so he’s definitely not getting the best out of her. She’s got so much to offer. But, um, I’m sure it’s a different situation.”

“It’s more like what he’s not doing,” I say. Well, he did ask. “Not letting her know why the project’s important. Not giving her feedback on how she’s going. Not including her in meetings. He hasn’t suggested any ways for her to pick up new skills the she might need.”

Ash looks thoughtful. I carry on.

“She’s pretty much decided she’s been sidelined and it’s really a make-work project. She’s really depressed.” I have a thought. “You’re a manager – does it sound to you like she’s being sidelined? The whole thing just seems so odd to me, she’s really talented.”

Ash is looking a little uncomfortable now. “Well, managers are always being pulled in different directions, and sometimes you miss things. You tell yourself that people are ticking along fine, and then it all goes wrong suddenly. You know, I don’t think your friend should assume she is being sidelined. Maybe she should talk to her manager, get it on the table.”

And then he says softly, as if to himself, “Maybe that’s what I need to do with Emma.”

I try not to react. EMMA? Are we talking about the same person? Beyond awkward! I’ve already said too much, but then I go and say one more thing. May as well!

“Yeah, maybe that’s the way to go. Except it’s too late for this friend of mine. She’s already looking at another opportunity.”

Ash has a really weird look on his face now. “Wow, I’m not surprised,” he says, a little flatly.

To be honest, after this he seems kind of distracted and I get sick of talking to him. But I keep thinking about it. Will Emma stay where she is, or come and work with me? And are the two Emma’s the same person, or is this a really weird synchronicity? I’m feeling like the woman who knows too much.

So, jump forward three days and I spot Emma on the bus again. We get talking. How she is feeling about the big interview at my company, I ask her?

“Oh, I’ve cancelled it, I’m going to stay where I am” she says. Whoa! What’s happened there? I delve for details.

“Oh, I really appreciate you making the introductions at your place,” Emma continues “I’m sure it’s a great job. But things have really turned around with my manager this week. We’ve had some great discussions, and we’ve completely changed how we work together. It’s so much better.” She seems puzzled and elated at the same time. “You know, I hadn’t realized, but the stuff I’m working on is actually a top priority, he just hadn’t told me. So I really feel like I need to stay and get it right. I think they’re relying on me.”

So there you have it. Maybe Ash is a good listener after all. Maybe my Emma was his Emma. Maybe he just needed to know how the wind was blowing and that he needed to change tack! Maybe he’s a pretty good manager after all!

Good Coffee: The Fastest Way to an Employee’s Hear...
Upskilling Your Team: How to Future-Proof Your Wor... 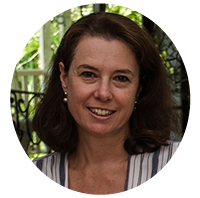 Leisha is passionate about communicating through stories to support learning, drive change and start conversations in the workplace. Her background includes over 20 years experience supporting organizations to deliver change and drive better results through people management.

Leisha started her career with six years at global management consulting firm Andersen Consulting (now Accenture), and went on to work with Deloitte Consulting after this. Originally an English Literature graduate with an enthusiasm for stories in all their forms, Leisha combined this with a post graduate qualification in Change Management with the Australian Graduate School of Management.

Leisha then operated as an independent consultant specializing in organizational change and transformation programs, and has partnered with many of Australia’s prominent businesses and government departments.

Leisha is Founder and Director of Stickystories.co, a business that develops animated stories to start learning conversations on complex topics like transformation, culture, leadership and effective teams.

Rachel McPherson
Inspire by Example! And Keep Your Team Tight in Tough Times
×