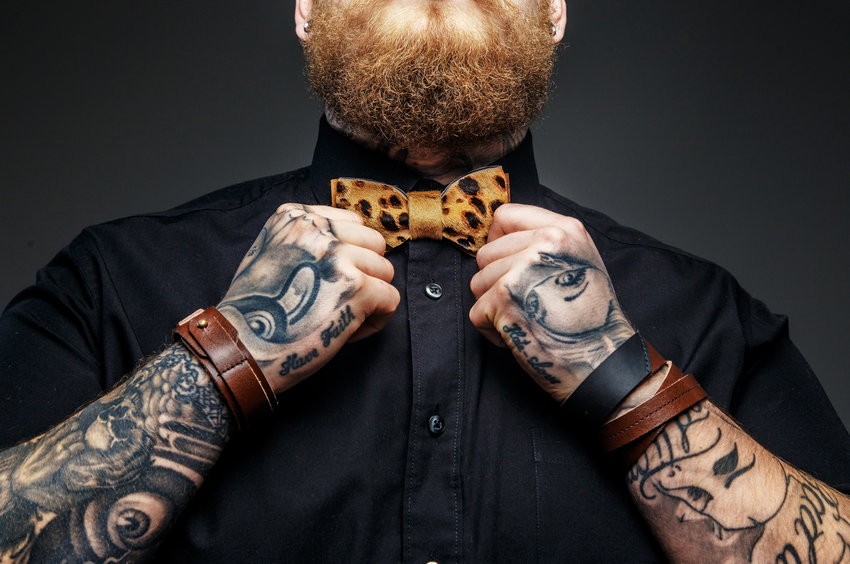 In the past, body art was generally only seen on the outskirts of town. Now it’s in every high street and walking down the mall. And those are only the visible examples! Who knows what any of us are sporting underneath our crisp business wear.

Tattoos, piercings, brandings and dermal implants have come to be considered acceptable in society, even normal - within a generation. And if you’re thinking about introducing restrictions on them for the personnel in your business, it can be a legal minefield - so tread carefully.

It’s of course likely that many of those surveyed have a place of work, and highly likely that someone just like them may work for you, or do so at some point.  As a business owner, it’s critical that the decisions you make within your business are lawful, about body art and everything else. And that means bearing in mind that what you might think is acceptable, may not necessarily be aligned with the law.

Specifically, ‘physical appearance’ is not regulated under the Fair Work Act. However, discrimination, equal opportunity and workplace health and safety are most certainly forefront considerations when it comes to the implementation of rules and employment practices - and it’s here in which body art and physical appearance can be brought to the table for discussion.

For example, the Australian Human Rights Commission may consider an employer who refuses employment to an Aboriginal applicant because they have a tattoo which is connected to their ethnic origins, to be potentially guilty of racial discrimination.

And the Fair Work Commission might determine that strict ‘no body art’ rules imposed upon front-of-house staff at sporting clubs could be considered unfair, when we consider the prevalence of professional athletes we see on television who themselves wear body art. In the sporting realm, it could be considered the norm.

Judgements between governing bodies can be a grey area in this matter. Thus, making body art taboo in your workplace should probably come with a warning.  Before implementing a ban, take advice. The perspectives are as many and varied as the designs your employees or potential employees might be wearing - and implementing rules is not as simple as following your own personal preferences.

Approaching the matter with overall guidelines can offer a lighter touch which doesn’t cause offence. A general ‘personal appearance’ policy helps to impose limits or provide the guidelines which you expect employees to respect. This way, it’s about upholding a professional image, which everyone agrees is best for the business. Implicit in this must be the understanding that a person’s body art does not affect their ability to perform certain duties.

This policy can address things such as (a) where the safety of an employee could be compromised, (b) where it may negatively impacts others, or (c) when there might be a breach of any legal responsibilities of the organisation.

It’s best to ensure that your policy is underpinned by workplace legislation - specifically discrimination, equal opportunity and workplace health and safety laws.  Getting this wrong could be a costly mistake - so ask for help if you’re not sure.

Lastly, it’s best to be consistent.  It’s one thing to have a policy, but without fair implementation a claim arising from a dispute could easily be applied - resulting in unpleasant, costly and unexpected implications.

The statistics say that people of all ages and genders are getting inked, pierced, branded, or implanted.  Be an employer who ensures that your rules are sensible and reviewed regularly, so you don’t lose the best talent in the market and you avoid any nasty claims due to oversights.

The writing’s on the wall, and the bodies - we should all be paying attention.

What do you think? Do you feel that tattoos have a place in the workplace? Let us know your thoughts in the comment section below.

When Passion Goes Quiet
No More Smoke and Mirrors! Let Your Employees Be T...

Jennifer Gutwenger
Diversity in the Workplace - How to Attract The Right Kind of Talent! (PART 2)

Katrina McKinnon
When the Chips are Down, Is Your Workplace Safe?

Jennifer Gutwenger
The Magic Number – Not to Be Dismissed
×